Standing in the Eleventh Hour

“The man called his wife Havah [life], because she was the mother of all living.” (Genesis 3:20, CJB)

Doesn’t this seem like an awkward insert to the story? It’s sandwiched between the judgment of Adam and Chavah (Eve), and “YHVH Elohim made for them two aprons of skin, and clothed them” (vs. 21).

This is another one of those biblical verses that seems to be out of chronological order – again. We expect at least a little time to pass before Adam calls his wife by an actual name (“Chavah”), and not immediately after they were judged – especially while half-naked and ashamed!

The reason for this literary schizophrenia is one of contrast. The last line before verse 20 is “for dust you are, and to dust you shall return” (vs. 19). YHVH had just explained to Mankind how he would eventually die, but nevertheless God inspired the Word to contrast this death sentence with an immediate pronunciation of life.

The implications then become obvious. Given that every word of the Bible is God-breathed (cf. 2 Tim. 3:16), we can deduce that God inspired the insertion of the woman’s new name as ‘life’ – right after depicting every man’s eventual death – to mitigate the sinful tendency of men to subjugate women beneath men.

As I’ve written before, there is an earlier verse which reads “and he [the husband] shall rule for you [the wife]” (vs. 17). However, this is not some manifesto decreeing the women should be subjugated. Indeed, men must rule on behalf of their wives when they cannot – specifically, while pregnant or in the many subsequent years of child rearing.

Despite all the politically correct nonsense running afoul today, God’s Word has always maintained that women are the better nurturers of children – up to about 12 years of age – before the children grow into the father’s business. Women are not just biologically made for children, but their desire to bear children is ALSO natural. In the Bible, some of the most righteous women the world has ever known – such as Chavah, Leah, Rachael, and Hannah – had one thing in common. They all thanked God after He opened their wombs. Other women too numerous to mention harassed prophets to pray for their wombs, bravely approached kings for infant justice, and in all cases, bore children despite the fact they could lose their own lives in the process! Motherhood has ALWAYS been the crown of women, and that’s why I refuse to be unapologetic for this. The voices of the women of the Bible more than prove this without my help.

I want to behold my wife the same way Adam viewed his wife: as a vehicle of life in the midst of a dying world. Believe it or not, I will die one day – but at least I can look at my wife and see life – through the lives of my children. And since wives throughout history have proven their willingness to die for their children, I must protect and cherish my wife as a partner in the legacy that is LIFE. I must rule for her when she cannot to help her, and lift her up – but certainly not to diminish her.

And that’s exactly why God placed this little scripture out-of-order. He wanted men to see right away that his wife produces life, and must be protected, cherished, and above all, elevated. She offers us a legacy that we will never achieve on our own. Our “rule” must be one to provide health, pleasure, and prosperity.

Men of the world, don’t be foolish. You and your wife are one flesh; your success is mutual. There are several cultures in the world that have devalued women, and stripped them of their honor, but don’t be like them. By naming his wife “Chavah” Adam has proven that whoever suppresses his wife suppresses his own soul, and whoever devalues his spouse, spoils his legacy of life. 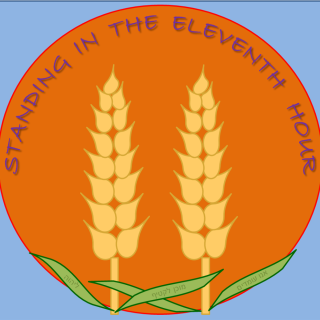 Standing in the Eleventh Hour

Amateur theologian with a flare for melodramatic analysis.